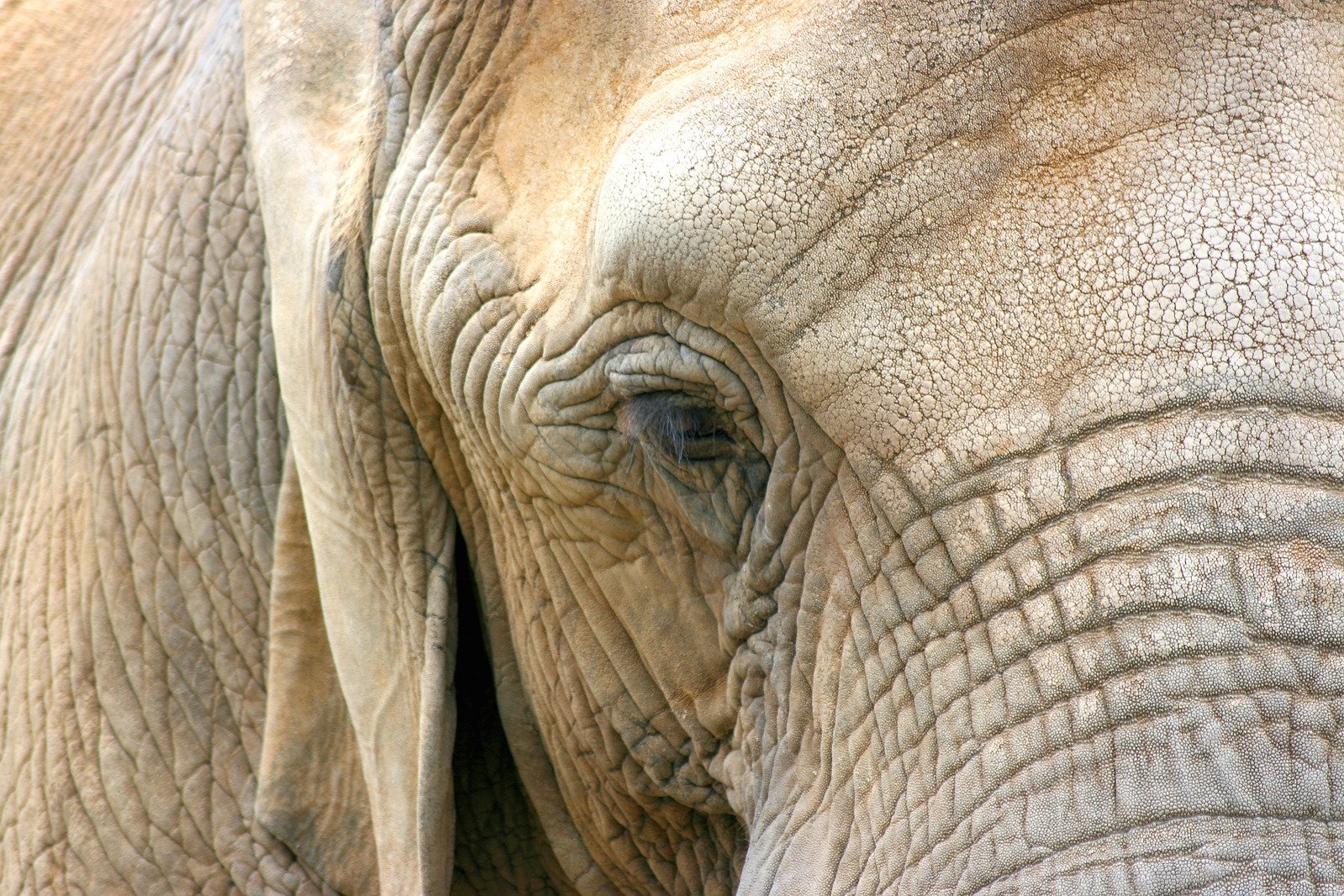 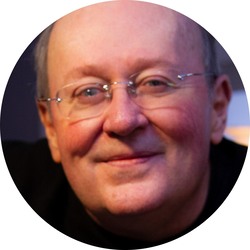 Description: With a mass of over 5kg, elephant brains are larger than that of any land animal, and only twice smaller than the brains of the largest of whales (that have body mass over twenty times greater than elephants). | | A wide variety of behavior, including grief, art, play, use of tools, compassion, self awareness and the best memory in the entire animal kingdom (far better than human memory capacity), evidence a highly intelligent species rivaled only by dolphins and primates (and humans). | | The largest areas in elephant brain are those responsible for hearing, smell and movement coordination, and a large portion of the brain has to do with trunk management and sensitivity. | | Increased out of any comparative proportion, the temporal lobe, responsible for processing of audio information, hearing and language, is relatively far greater than that of dolphins (which use elaborate echolocation) and humans (who use language and symbols). | | If you would like to know more, just click on the other photos in my "African Elephant" series 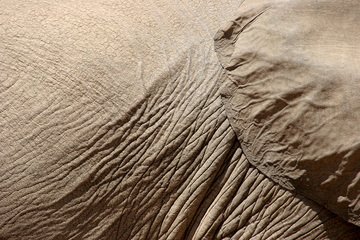 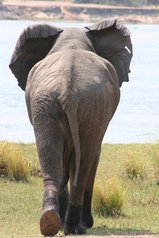 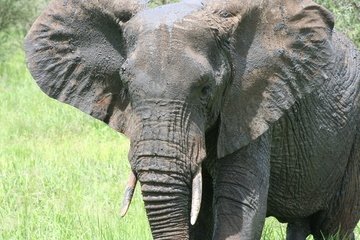 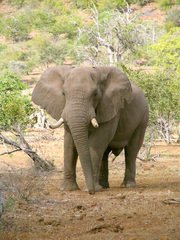 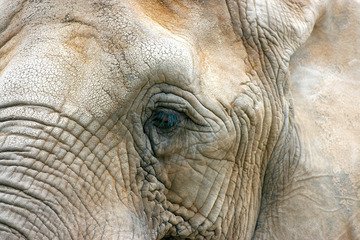 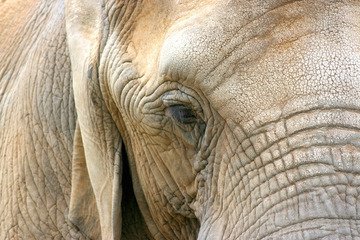 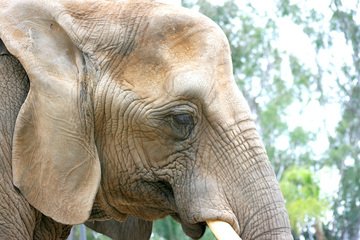 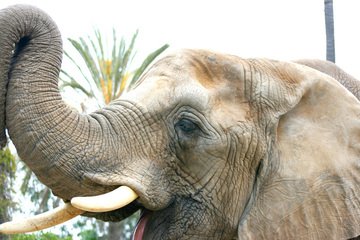 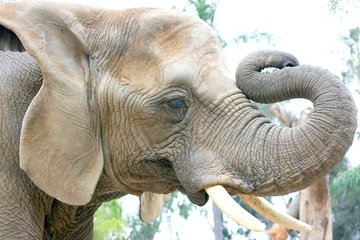 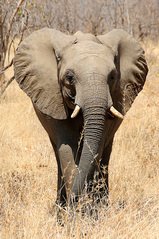 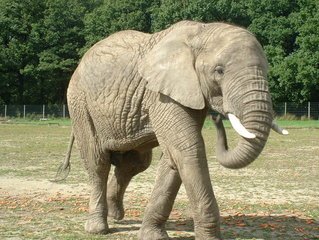 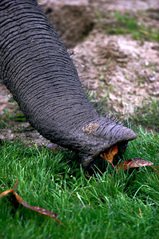 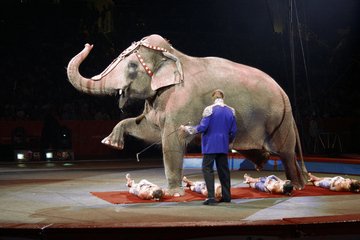 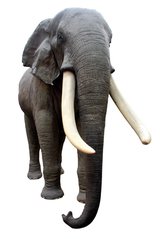 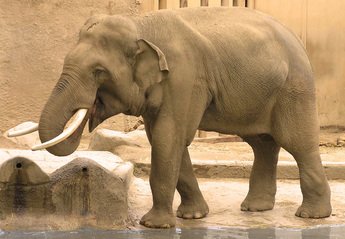 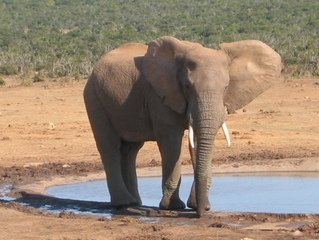 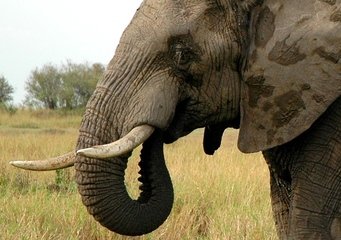